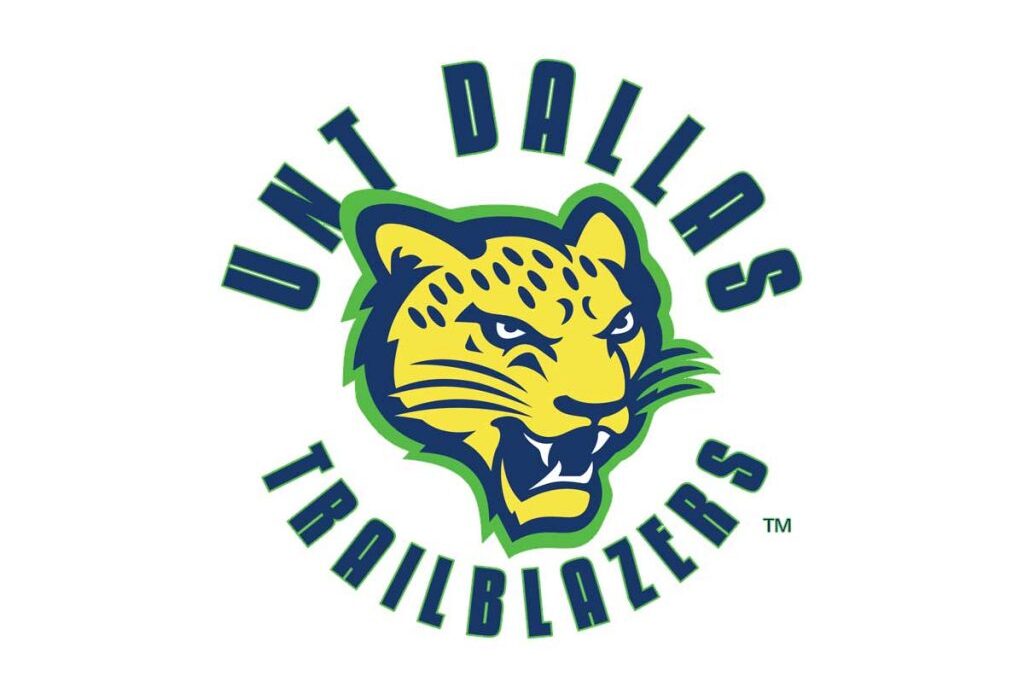 Robert (Bob) Mong gets it.

As President of fast-growing University of North Texas at Dallas, the Ohio-raised and educated native surveys his responsibilities with a sweeping view.

His former career — overseeing the daily operation of the award-winning  Dallas Morning News — has now been replaced with a keen awareness of the need for — and importance of — higher learning and the broad social and economic impact UNTD has been designed to provide. Today, Mong keeps careful watch over the expanding array of programs the southern Dallas university makes available to its students.

Seeing athletics – men’s and women’s basketball, cross-country and track & field – as a newcomer to  the curriculum is but one of the myriad boxes he was determined to check when he first stepped onto the campus.

And he needs only to look back to his personal history to judge the importance competitive athletics play in college life.  When recently advised that the Trailblazers had been formally welcomed into the NAIA and Sooner Athletic Conference, his smile rivaled that of Director of Athletics, Jack Allday.

“It adds to what we’re building here,” he says. “By our offering sports at this level, we’re able to afford a lot of talented young women and men the opportunity to continue participating in activities they – and the entire student body – can enjoy.”

Mong knows. He’s been there.

Even before he established himself as a standout football and baseball player at Haverford College in Philadelphia, the son of a salesman dad and a mother who served as the county auditor had earned the reputation of one of his hometown’s premier athletes. He started young.

As a 12-year-old pitcher-first baseman in Little League in Eaton, Ohio, he homered twice in the last game of his final season to increase his total to a record-setting 12. His .734 batting average for that summer was also a league record.

By the time he entered Easton High School he was a four-sport performer. As a 175-pound running back, receiver, and defensive back, he was coached by the legendary Jack Harbaugh, father of NFL standouts Jim and John.

“He was a brilliant, innovative coach who knew how to inspire a team,” Mong recalls. “I remember getting ready to play a team that had beaten us by 60 points the year before he came to Eaton High. He studied film and realized their quarterback wasn’t much of a passer. They relied strictly on a power running game. So, he decided we would take a chance and play a 10-man defensive line against them.”

“Coach Harbaugh could be funny one minute and really intense the next. And he kept you on your toes. I was a four-year starter for him and never once felt secure that I would be in the lineup from one week to the next.  He made us work for it “

In baseball, Mong was among the premier players in the demanding Southwest Buckeye League. He became a basketball starter in his junior year and somewhere still pressed into an old scrapbook is a red second-place ribbon he earned as a sprinter in a 220-yard dash.

Though he reduced his athletic activities to football and baseball while majoring in English at Haverford (attending on an academic scholarship given by Scott Paper Company), it was the latter in which he excelled. An infielder, his .357 career batting average still ranks 10th today on the Haverford’s  all-time career batting average list.

And, he was clearly a leader, named captain in football in his junior and senior seasons and in baseball as a senior.

In retrospect, it was that melding of athletics and academics he most fondly looks back on. The competitions, the camaraderie, the rivalries, the campus enthusiasm, all blended into his learning experience. “That,” he says, “is what we want to provide here at UNT Dallas.”

Athletics, he says, is a place where one learns valuable lessons in dedication, sacrifice, teamwork – and humility. In his day, among the opposition faced were young players like a rival shortstop named Mike Schmidt ,who went on to a lengthy major league career, and Mike Pratt, who later played basketball for the legendary Adolph Rupp at the University of Kentucky. And there were others with that rare talent owned by few. “In athletics,” Mong reflects, “you quickly learn to accept and deal with your own limitations and make the most of the talent you have.”

Today, his competitive spirit remains. He’s run the White Rock Marathon, puts in an average of 15 miles of roadwork weekly and lifts weights. Last fall, he was present at Trailblazers home basketball games, cheering his first-year team on.

“I love the atmosphere, the enthusiasm, the drive of the players and our coaches,” he says.