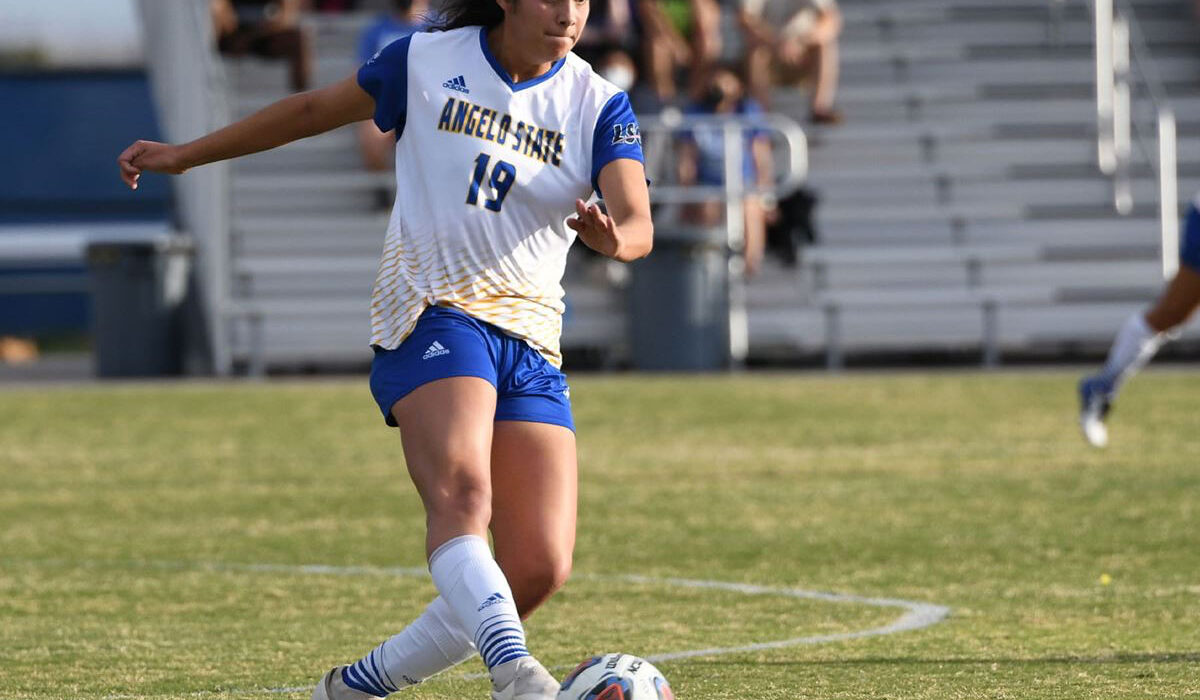 SAN ANGELO – As the Panamanian Women’s National Team prepares for the start of World Cup Qualifying in November, the Belles’ Gabby Villagrand receives another call-up to play in a set of friendlies against Costa Rica at Costa Rica’s La Sabana National Stadium, to be played on September 18 and 21, the Panamanian Football Federation announced on Sunday.

Villagrand has previously made four appearances for Las Canaleras, scoring her first international goal against the Dominican Republic on July 10, 2021 in a 5-0 victory for Panama.

“I think of everyone that I’m representing on my dad’s side of the family,” said Villagrand, who is eligible to represent Panama because her dad, Ricardo, was born and raised in Panama before coming to the U.S. for college. “Anytime I’m there [representing Panama], I’m just thinking what an honor it is to be able to not only represent the country, but I know I’m making my family proud by doing so.”

Due to Villagrand’s commitment with the national team, the forward will miss the Belles’ games against New Mexico Highlands on Saturday as well as the Belles’ conference opener next Wednesday in San Antonio versus St. Mary’s.

“I don’t want to leave my team hanging but I talked with Coach about it, and we agreed that it was the best decision, with it being two games at the beginning of the season, so now is probably the best time to go,” said the senior, who scored her first goal of the season last Thursday versus East Central and started her first match of the season on Saturday against SWOSU. “It’s definitely hard, I’m going to be sad, but I’m excited to watch and support from Costa Rica.”