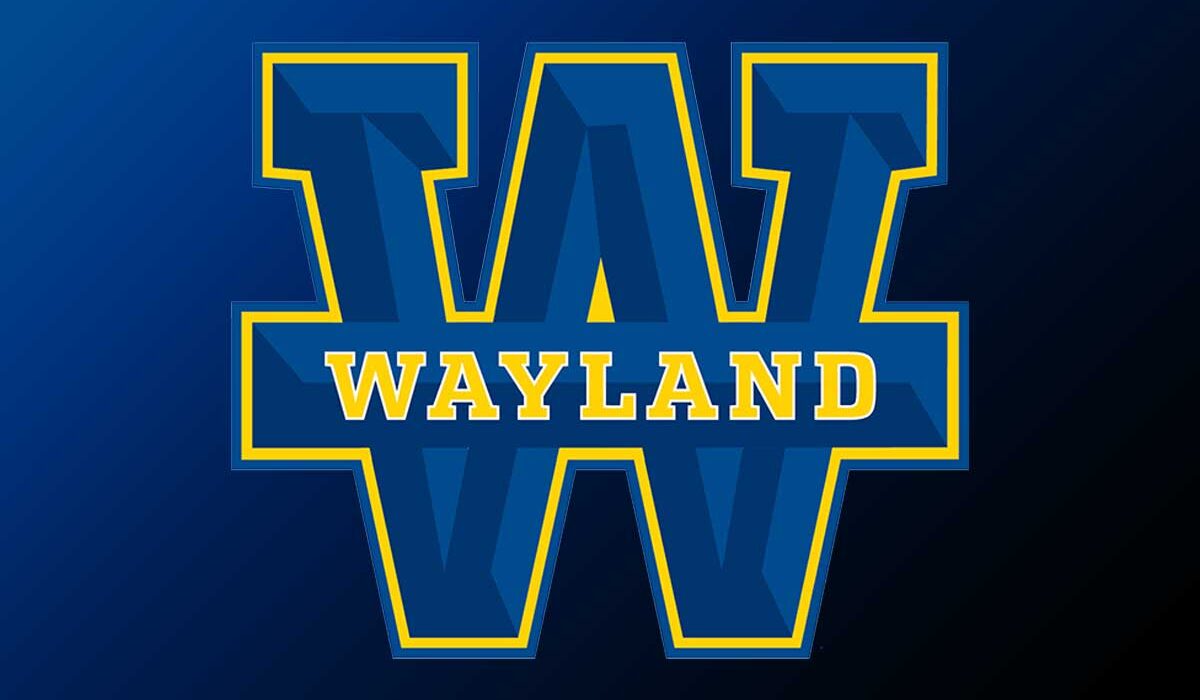 That’s not to say, however, that making the decision to go was easy.

“I was crying like a baby every time I turned around,” Bass said. “Walking away from Wilder (Field), with my fingerprints all over it, that really didn’t seem to be a problem. It was the people – the connections, especially the ballplayers – that was hard…and it’s still hard.”

Bass – who at 26 years is the second-longest tenured coach in Wayland history after only legendary basketball coach Harley Redin’s 27 years – recently stepped down at Wayland to accept a similar position at Arlington Baptist University. He said several things factored into his decision to move on, much of it revolving around family.

Weidner said a national search for a permanent head coach is under way.

“Also, our first grandchild was born and second will be soon. In my world it all seemed like (signs pointing to) retirement. I could retire and have freedom to go when I wanted to. All that made sense, but somewhere along the way I just got convicted I’m not supposed to retire.”

Bass, who in November will be inducted into the WBU Athletics Hall of Honor, was thinking about exploring a change earlier, but then the hype surrounding his 1,000thcareer victory began brewing. He was in line to reach the milestone victory during the 2020 season before it was shut down by COVID-19.

“That (1,000 wins) was a group effort and it just didn’t seem right (to leave Wayland prior to it happening),” Bass said. “I refused to look.”

The historic victory for the coach – who with 1,021 wins over 35 years (763 victories in 26 years at Wayland) ranks ninth among active NAIA coaches and 23rd all-time – came early this past season. At the completion of the season, Arlington Baptist came calling.

Bass initially turned down their offer. “There was no one in my circle who thought this was a good idea. But it came up again about a month later.”

This time, the 63-year-old accepted a job that at first glance may not seem like it would appeal to a veteran coach who’s a lot closer to being on the way out than on the way in.

“There’s no field, no scholarships, no pitching machine, no batting cage, no stop watch… I was like, ‘Yeah, Jesus, I’ll do that,” Bass said with a chuckle.

But Bass has been down this road before, first building a baseball field at Hardin-Simmons University in Abilene.

“I learned how to operate a back-hoe, front-end loader, a welder, cutting torch.”

Bass moved on to coach at Texas Wesleyan University in Fort Worth and helped rebuild a field there. Then, in 1996, he came to Wayland as the second coach in the short four-year history of a program that was playing its game on an off-campus, city-owned field.

“Part of my attraction to Wayland was having a field across town that the city took care of, but after about a month of being here Dr. Feris (then athletics director Dr. Greg Feris) threw a file on my desk and said, ‘We’re going to build a field on-campus.’ That’s how Wilder Field came about.”

So much of what Bass faces at Arlington Baptist he’s been up against before.

He said Arlington Baptist plans to build an on-campus athletics facility on more than 100 acres that will feature baseball, softball and soccer fields.

“That really interested me. I’m excited about that and how that works into what we do as a university and baseball program.”

One of Bass’ only concerns about being at Arlington Baptist revolves around his wardrobe.

“I have 26 years worth of blue and gold shirts,” he said. “I guess I’ll just have to start collecting some red, white and blue.”

Wife Sally, a music teacher for Plainview ISD, plans to stay in Plainview to finish out her 30th year in the classroom before retiring and joining Brad in Arlington. “That was part of her hesitation (with Brad’s move to Arlington Baptist) at first. The timing on that could have been better.”

But Coach Bass is a big believer in God being in charge, and how what we think may be best in our lives doesn’t always align with His plans for us.

“Everything that’s happened has been an answer to prayer. Every single thing during the interview process, it was like, ‘Yep, that’s what God intended.’ And then at our first staff meeting (at Arlington Baptist), it was confirmation that I needed from God that this is what I really needed to do.”

“Coach Bass has left a mark on Wayland and its people at every level. Physically, he changed our campus by being the driving force behind the creation of an on-campus baseball complex. Historically, he has become one of the most successful and tenured coaches in our institution’s history. Administratively, he has sacrificed and served in such a way that this institution has benefited year after year from the teams he has recruited.

“Most importantly, however, he has been a servant of Christ that has helped to impact countless young men spiritually for eternity. I am proud to have served alongside Coach Bass on this journey. He left our program in great shape and I know he and I both look forward to the continuation of successful Pioneer baseball.”

“Coach Bass leaves an outstanding legacy at Wayland Baptist University, having proudly served as the head baseball coach of the Pioneers for 26 years. His accomplishments on the diamond speak for themselves and rank Coach Bass as one of the most successful head coaches in the intercollegiate athletic coaching profession.

“His achievements go far beyond the many successes that his teams experienced on the field of play throughout his brilliant career. During his tenure, Coach Bass has honored the concept of ensuring that academic integrity and the graduation of the student-athlete remains a top priority. His leadership and guidance has provided countless opportunities for the young men that he has served to learn life skills through the intercollegiate athletic experience that they can carry with them into their personal and professional lives long after their playing days are over. He has been an outstanding ambassador for Pioneer baseball, WBU athletics and Wayland Baptist University throughout the Plainview community and beyond.

“On behalf of WBU baseball, our Department of Intercollegiate Athletics and Wayland Baptist University, we wish Coach Bass and his family continued blessings and success moving forward. Godspeed!”