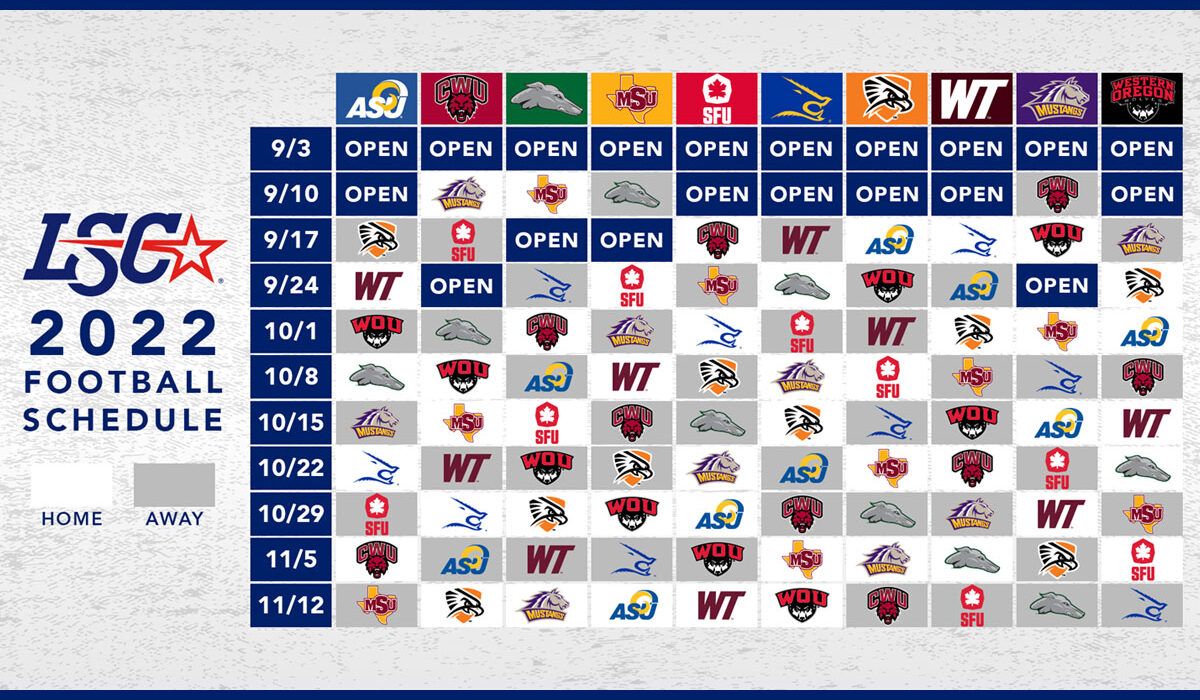 The slate has LSC games predominantly in weeks 3-11, with two league contests in week two.  The first full week of league play will take place on October 1.

In 2021, Midwestern State claimed the LSC football title for the fourth time, while Angelo State and Central Washington were selected for the NCAA Division II Football Championship.

The schedule is below: 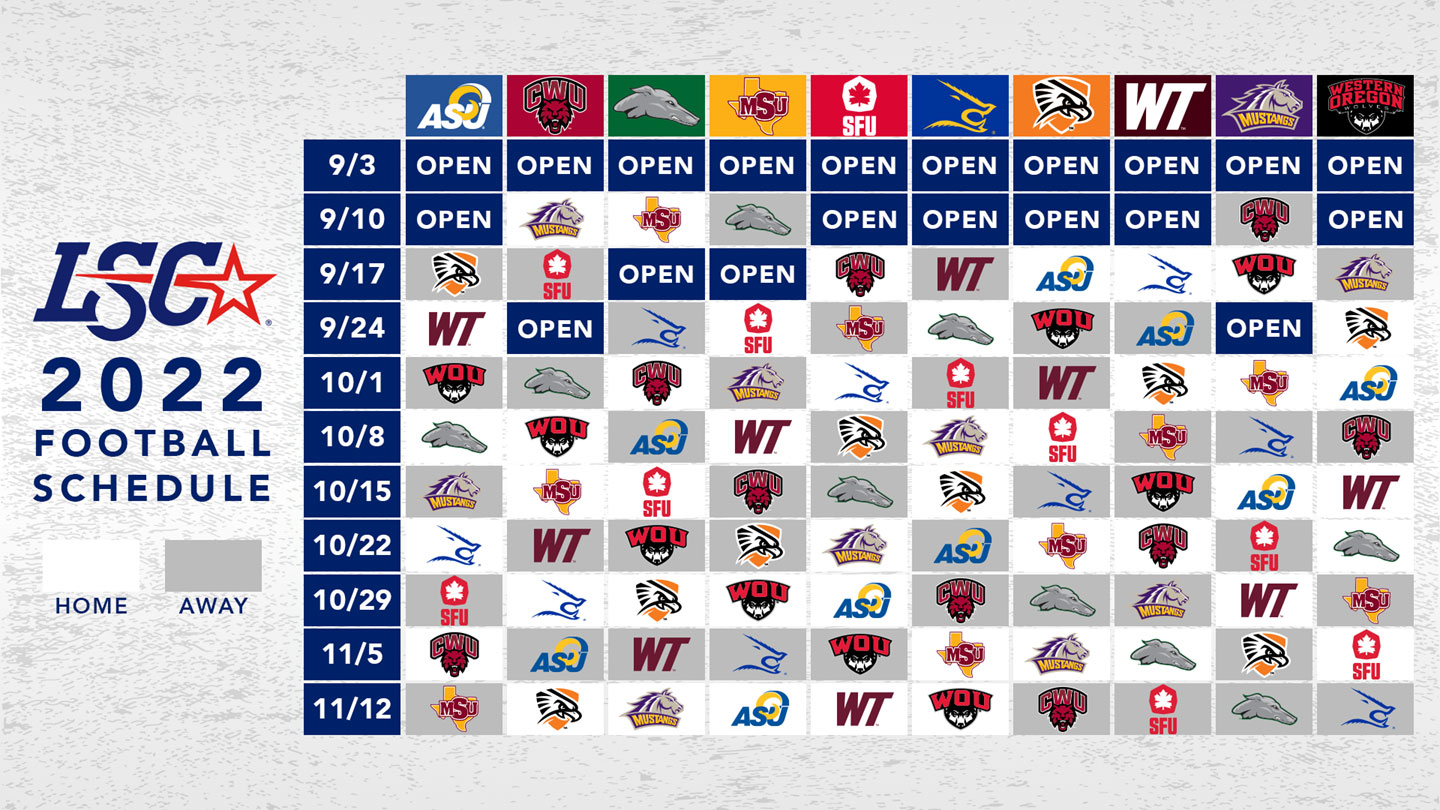