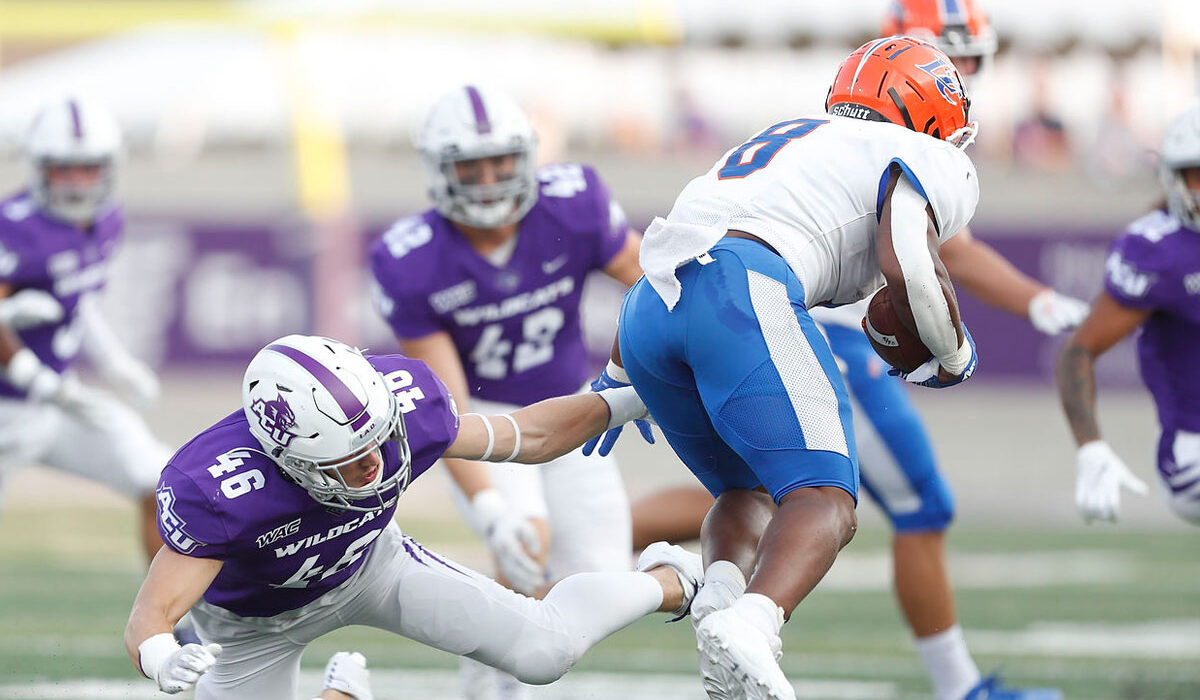 ABILENE, Texas – The Louisiana College football team took a big step up in competition, facing off against NCAA Division I foe Abilene Christian University, and the home-standing Wildcats proved to be too much for the visiting Wildcats from Pineville as ACU knocked off LC, 62-7, Saturday night at Anthony Field at Wildcat Stadium.

LC found itself down quickly as ACU put up 27 points in the first quarter that included the Wildcats stuffing an ACU two-point attempt from the one-yard line.

After falling behind 34-0 in the second quarter, LC put together its one scoring drive as the Wildcats slowly moved down the field while getting some assistance from four major penalties that helped set LC up right against the goalline. The Wildcats made the mistakes hurt as James Powell, Jr. pushed in from one-yard out for the touchdown to cut the deficit to 34-7.

From there, however, it was all Abilene Christian as ACU added another score in the second quarter, one more touchdown in the third, and two more in the fourth for the game’s final score.

Markaylin Milburn has the best night for the Wildcat offense, turning six rush attempts into 63 yards, 40 of which came on one rush alone. James Powell, Jr. had nine rushes for 16 yards, including the one-yard touchdown plunge.

River Thompson made his LC debut as he entered late in the contest and finished as the top passer, going five-of-nine for 35 yards.

D’Mario Weathersby led the defense with eight total tackles. Tyren Young had six total tackles, 2.5 were behind the loss for a loss of yards, including one sack for an 18-yard loss.

The Wildcats (0-3, 0-1 SAC) head even further west next week for the longest trip of the season to start the final stretch of eight-straight Sooner Athletic Conference games, this one against No. 15 Arizona Christian. Kickoff of Saturday’s game against the Firestorm (1-1, 0-1 SAC) is set for 11 a.m.. MST, 1 p.m.. CDT at the ACU Football Field in Glendale, Ariz.