No. 1 Belles complete winning weekend with a pair of victories 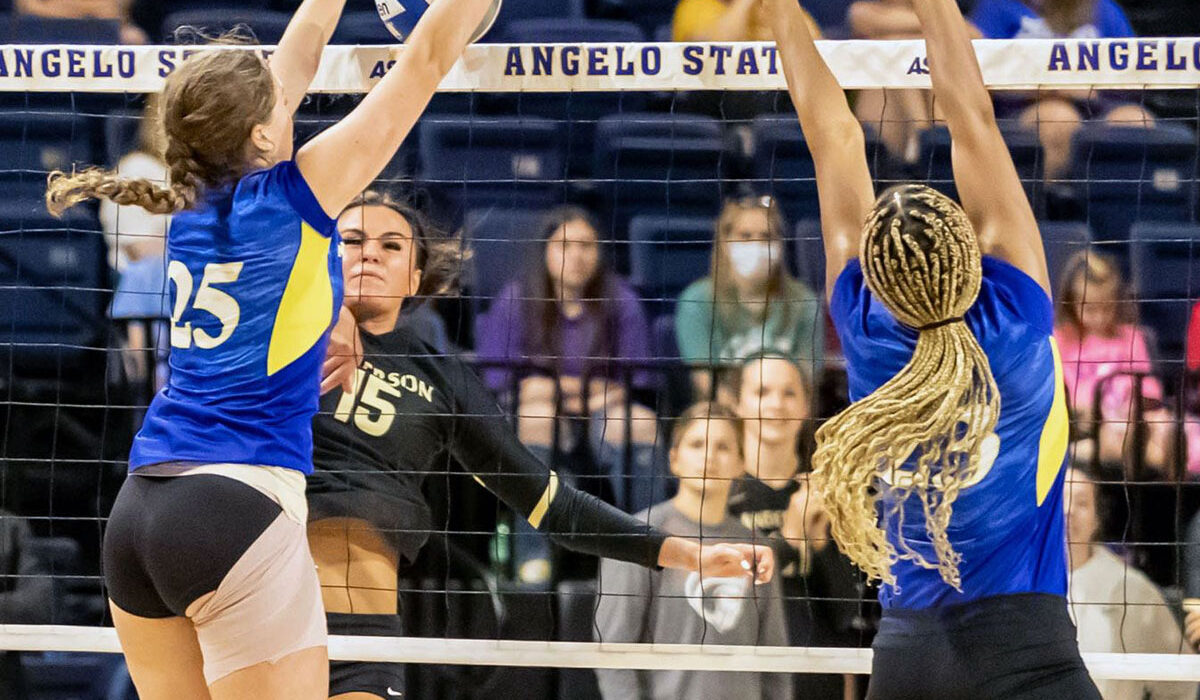 SAN ANGELO – The top-ranked Belles completed their weekend at the 13th annual Kathleen Brasfield Invitational with a pair of victories over Anderson (SC) and Northwestern Oklahoma, coming out of the weekend undefeated.

The Belles extend their winning streak at the Kathleen Brasfield Invitational to 26 matches in a row, dating back to 2014, as well as continuing their current home winning streak of 30 matches, having last lost inside the Junell Center on Oct. 17, 2018.

The Belles also currently hold a 13-match winning streak dating back to last spring’s opening round of the LSC Tournament.

The Belles’ first match of the day against Anderson was a tale of two halves. The Trojans recorded a negative attack percentage through the first two sets, while the Belles only recorded a .065 attack percentage; however, the third and the fourth sets saw both teams’ attacks come to life, with the Belles hitting .307 and the visitors hit .392 en route to taking the third sets from the hosts.

In a repeat of both matches to open the season, Delaney Fuller proved to be the Belles’ most lethal attacker with a game-high 15 kills. The outside hitter from California also contributed 14 digs, giving her a double-double.

Kailyn Gilbreath joined Fuller in the double-double department, burying 10 kills to go along with 41 assists.

White’s four blocks as well as a game-high 16 digs from Chloe Patton and 13 from Makenna Hanssen led the Belles’ defensive effort.

Despite only playing in two of the three sets, Fuller recorded a game-high seven kills, and Gilbreath assisted 21 times in the same amount of time.

Fuller, Gilbreath and Berg were named to the all-tournament team for their efforts on the court this weekend.

The Belles now hit the road for a trip to Colorado for a trio of matches next week.