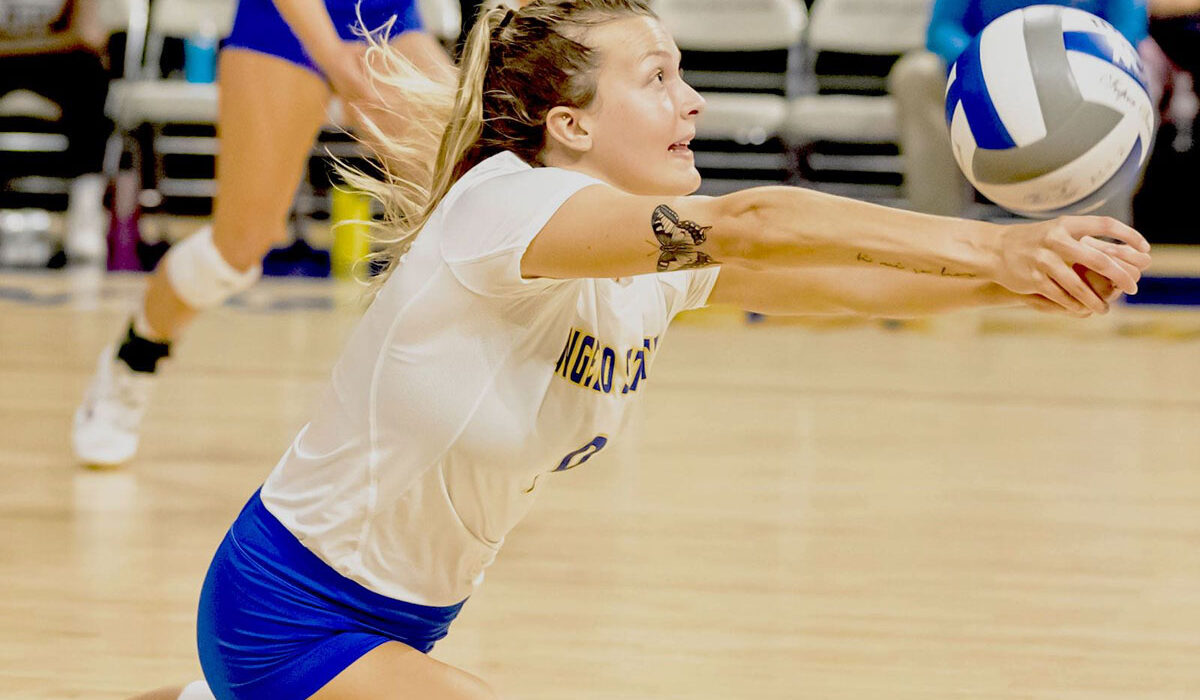 ALAMOSA, Colo. – The second-ranked Belles, in their first road match of the season, suffer their first defeat of the season at the hands of Adams State. The Grizzlies hit .298 for the match while the Belles could only muster a .173 attack percentage.

The Belles outkilled the hosts for the match, as well as in the first set, but 12 attack errors to only 11 kills put the visitors in the red.

Baleigh Allen and Sophia Berg led the team in kills, each recording 10 kills. Those two, along with Grace White, who recorded eight kills of her own, were the only three Belles to record an attack percentage above .100.

Kailyn Gilbreath assisted 32 times and Makenna Hanssen led the Belles with 11 digs on the night.

The Belles are back in action on Friday when they compete in the Colorado Premier Tournament.