Patriots MBB off to best start in program history 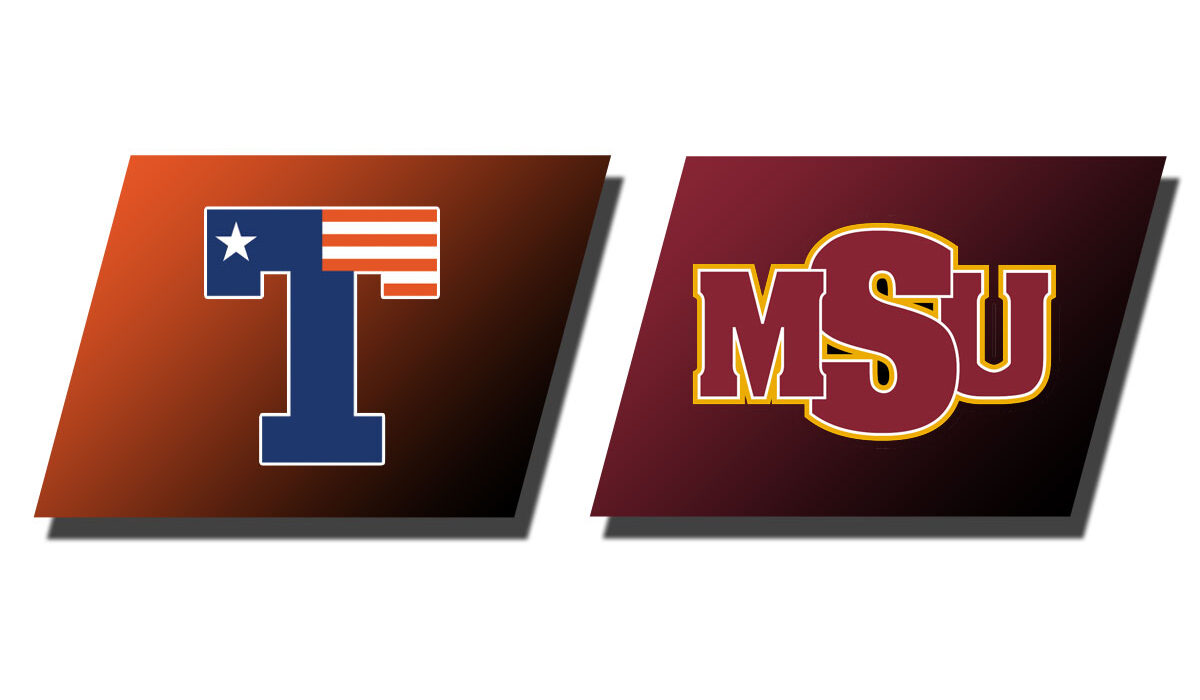 WICHITA FALLS – UT Tyler exploded for 43 second-half points to negate a halftime deficit and move to 7-0 for the first time in program history with a 75-63 win over Midwestern State on Monday night in Wichita Falls, Texas.

The non-conference win over the Mustangs betters the 6-0 start to the season for the 2017-18 UT Tyler team, establishing the best start in UT Tyler men’s basketball history for the 2021-22 Patriots. Graduate student Eysan Wiley led the charge back from a 36-32 Midwestern State first-half advantage with 18 second-half points, connecting on 5-of-6 from the field in the half alone in route to 22 points for the game.

The Patriots connected on 13-of-27 from the field in the final 20 minutes, and held Midwestern State to 0-for-14 from beyond the three-point line in the second half while continually pushing forward with steady offense. UT Tyler scored the first two baskets of the second half on jumpers from Micah Fuller and Milan Szabo, the second of which from Szabo knotted the game up at 36-36 with 18:35 left in the game.

Another dunk from Szabo and a successful and-one opportunity for Fuller capped off the seven unanswered for UT Tyler out of the halftime break and established a 41-36 lead for the Patriots. Midwestern State settled in after the hot second-half start for the Patriots and kept the deficit to around a one-possession ball game before Eysan began his second-half onslaught of scoring at the 12:48 mark.

Eysan changed the course of the remaining of the contest at that point with a jump-shot make and then three-consecutive made three-point buckets to break open the game at 57-46 with 10:28 left on the clock. That turning point allowed UT Tyler to control the tempo for the remainder of the contest with the lead firmly in tact, and led by as many as 13 on three different occasions in the final 10 minutes of play.

Midwestern State narrowed the margin to just seven with 1:14 remaining, but were eventually held at a comfortable distance thanks to 14 free-throw makes in the second half by the Patriots.

Szabo added 14 points and nine rebounds to help compliment the solid outing from Wiley, who’s 22-point total on Monday night is the second time the graduate transfer has gone for 20 or more points this season. Szabo has now reached double-digit scoring totals in three out of his last four games and has totaled nine rebounds in each of the last two wins for the Patriots.

UT Tyler finished the game 25-of-53 (47.2 percent) from the field and went 6-for-16 (37.5 percent) from behind the three-point line. The Patriots won the rebounding battle for the sixth time in seven games this season, finishing with 40 while Midwestern State had 33.

The Patriots will return home with their undefeated 7-0 record on Thursday of this week to begin a two-game home stand. Thursday’s game is set for a 7:30 p.m. tip-off against UAFS and Saturday’s game is scheduled for a 4 p.m. tip against Oklahoma Christian.

Thursday’s game against UAFS will consistent of a toy drive hosted by the UT Tyler Police Department. The UT Tyler Police Department is asking that attendees please bring a new unwrapped toy for donation. Each toy brought to the women’s or men’s game will equal one free entry into that night’s contests. Only new and unwrapped toys will be accepted.