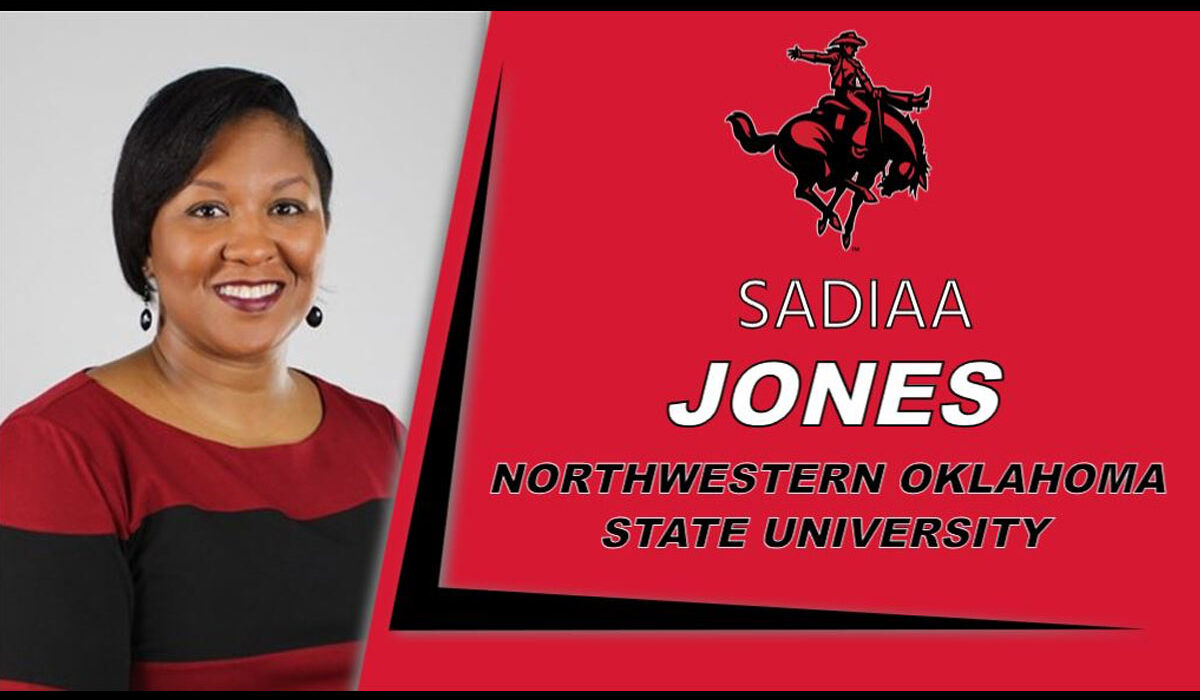 ALVA, Okla.-  Northwestern Oklahoma State University Associate Director of Athletics for Compliance/Student Services Sadiaa Jones has accepted a position at Dallas College in the position of their Athletic Director. Jones will be the first athletic director at Dallas College.

“Sadiaa has done an outstanding job in her role as Associate Athletic Director for Compliance/Student Services and Senior Woman Administrator.  She is a tireless worker who always has time for our student-athletes in any way, day or night.  She is on call 24/7 for our student-athletes and has been a rock for them this past year with COVID and in all her years of service as an administrator and compliance director,” said Athletic Director Brad Franz.

In her role here at Northwestern, Jones has managed the university, conference, and NCAA regulations, including all aspects of recruiting and eligibility of current and future Ranger student-athletes. In addition to the role in Compliance, she oversaw the Student Athletic Advisory Committee as the program advisor. Jones was also the SWA for the department here at Northwestern.

“She has a great understanding of the NCAA, and her years in both the NCAA and NJCAA will serve her well for the Dallas Community College athletic system.  The district is very fortunate to have her coming in, and the coaches and student-athletes will benefit greatly as she will provide excellent leadership,” said Athletic Director Brad Franz.

As head of the athletic department, Jones wore many hats, including performing compliance duties and certifying the eligibility of the student-athletes and their respective teams.

She was also responsible for direct oversight of the ten athletic programs and coordinated the department community service projects.

Before taking over the helm at SSC, Jones was the Assistant AD for one year at Seminole, where she was responsible for many of the same duties but was also assigned as interim coach for four separate programs in Men’s and Women’s Golf, Men’s Basketball and Volleyball.

Before joining the Seminole State athletic department, Jones spent 12 years coaching women’s basketball at various places throughout the country, where she was an assistant at four major Division I programs at the University of South Florida (two separate occasions), the University of Illinois at Chicago, Georgia Tech and California State University Fresno.

Jones is very involved in regional and national athletic administration associations such as the National Association of Collegiate Women Athletics (NACWAA) and NACDA or the National Association of Collegiate Directors of Athletics. She also held many different positions at the Junior College level, including the NJCAA Division I Women’s Region II Assistant Director and three different National Committee Chair positions while at Seminole State.

She has been part of Habitat for Humanity and many other organizations along the way.

Jones is a graduate of Southeastern Oklahoma State University, where she earned both Bachelor’s and Master’s degrees.