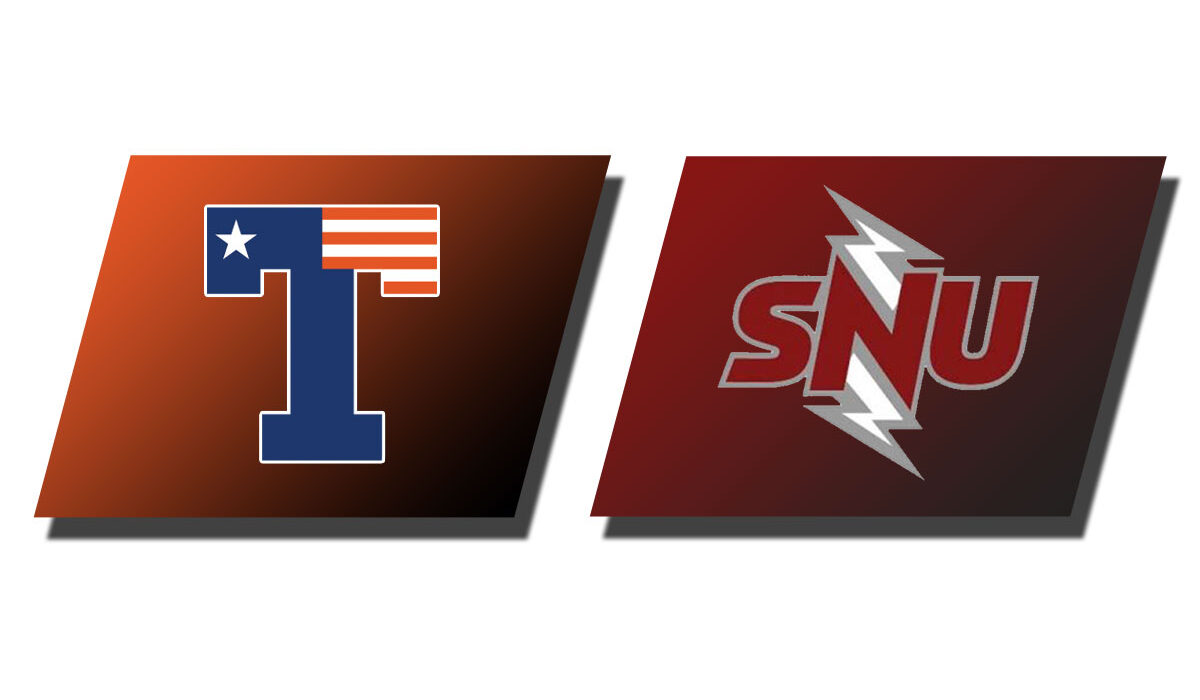 DURANT, Okla. – The University of Texas at Tyler volleyball team scored in bunches and flexed their offensive strengths in a 3-0 (25-21, 25-14, 25-18) sweep of Southern Nazarene to open up the Southeastern Classic and the 2021 season in Durant, Okla. on Thursday night.

The win is the 13th straight regular season victory for the Patriots dating back to a 2021 spring schedule in which the squad went a perfect 12-0, and showcased a deep, and diverse offensive attack for the second straight season for UT Tyler. The Patriots hit .344 as a team, and totaled 43 kills on the night, utilizing near double-digit kills totals from a trio of players.

Sophomore Evelyn Torres led the way for the Patriots with 10 kills, six of which came in the opening set, while Christina Escamilla and Mikayla Ware each contributed nine kills to the effort. Torres carried the offensive effort in that opening 25-21 set victory for the Patriots, who settled in and cruised through the second and third sets, keeping the Crimson Storm to less than 20 points in each set victory.

The Patriots out-killed Southern Nazarene by a 43-to-29 margin in the match, and never relinquished the lead in either the second or third set after falling behind 1-0 in the first point of the second set.

That momentum generated through the second and third set got it’s start at the end of the opening set for UT Tyler as the Patriots turned an 18-18 tie towards the latter stages of the set into a 25-21 win thanks to a 7-3 run. Six of those seven points came by way of a kill for UT Tyler, changing the tide of the match in sole favor of the Patriots.

The second set was evident of that shift following the events of the latter stages of the opening set, as the Patriots opened up an 11-6 lead in the second frame and never looked back, winning by a 25-14 margin. The Patriots hit .441 and .370 as a team in the first two sets, and kept the momentum in their favor for the third set victory and the sweep.

UT Tyler left no doubt in that 25-18 third set victory, scoring five out of the final six points in the match.

As impressive as a Patriot offense was, senior Savannah Guzman continued to work hard on the defensive end with 18 digs to allow the UT Tyler offense to get to work. The 2021 Spring All-LSC selection joined Ware with double-digit scoring totals as the Patriots out-dug the Crimson Storm by a 46-to-34 total.

The season-opening win displayed exactly what many predicted for the Patriots heading into 2021, a relentless offensive attack capable of using multiple avenues for scoring points.

UT Tyler will look to extend it’s regular season winning streak tomorrow afternoon in match number two for the squad in the Southeastern Classic against Emporia State at noon. Play will finish up for UT Tyler in the tournament on Saturday, with a pair of matches against New Mexico Highlands and Central Oklahoma.